Rougemont is a magnificent mountain village situated in the heart of the Pre-Alps in Vaud, between Château-d’Oex and Gstaad. Its privileged location offers a wide range of cultural and sport activities throughout the year.

The two rental agencies and the direct reservation service of Pays-d’Enhaut propose to you appartments for the four days of the festival.

The Office of Tourism in Rougemont is glad to answer your questions and assist in organizing your stay. Information is available at www.chateau-doex.ch 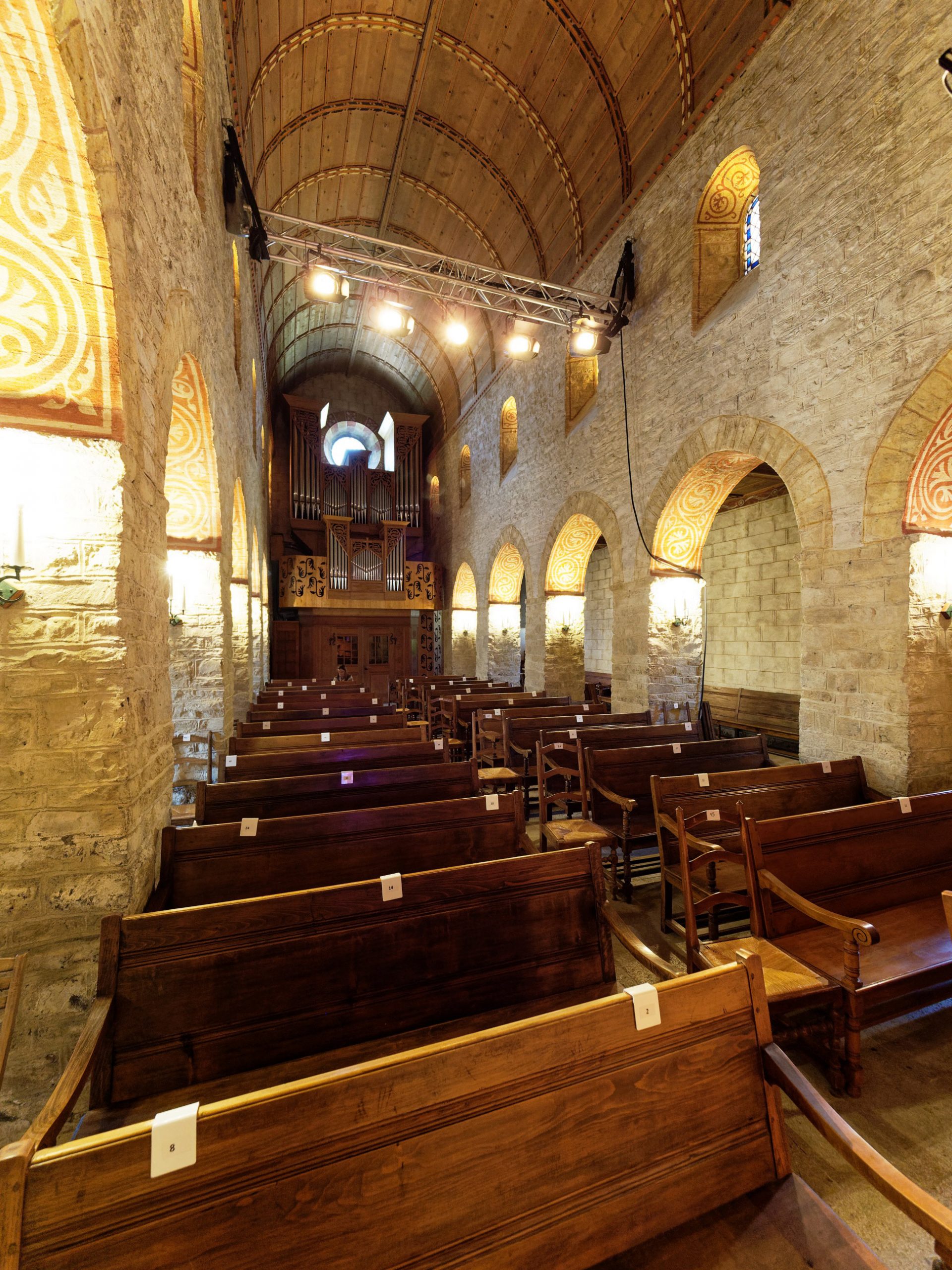 The church in Rougemont was built around the year 1080 by monks from Cluny, who had been summoned by the Count of Gruyère to build a monastery. This priory is the first and only convent in the Alps in Vaud. Rougemont thus belongs to the same spiritual family as the abbeys in Payerne and Romainmôtier. The sanctuary is dedicated to Saint Nicolas de Myre, a martyr from the 4th century and patron of children whose feast day is 6 December. The church (choir, transept and bell tower) was not subject to any significant alterations during its construction; it is Romanesque in style, built after the classic Cluny model. It has the form of a Latin cross; the tall nave is supported by side aisles. The choir has three apses; there is a square bell tower at the cross of the transept. Certain modifications were made to the plan, particularly during the Bernese period. The transept was shortened, the chevet was enlarged. A unique roof, very steep, replaced the roofs covering the nave and the side aisles. The bell tower’s Romanesque roof was replaced by a pointed roof in the overland [oberlandais] style.

The Bernese period saw other changes. The reformation was preached in Rougemont as of 1555, the church becoming reformed. As for the priory, it was destroyed and replaced by the bailiff chateau. The inscribed gravestones in the church are for members of the Bernese family of bailiffs. A major restoration from 1919 to 1926 brought to light once again the edifice’s stone structure and plasterwork. The nave’s ceiling was rebuilt with wood vaults. The paintings were made by Correvon after motives from the 13th century. The center stained glass window (Rivier) is consecrated to Christ; the two side stained glass windows (Delachaux) recall the donation of Rougemont to the monks in Cluny and the prediction of the reformation. The bell tower houses four bells: three date from the 15th century, the fourth was made for the 900th anniversary of Rougemont in 1980.

The Great Organ of the Church of Rougemont was replaced by an entirely new instrument in 2018.

The La Folia Festival team encourages you to discover the following links: :

The Festival La Folia is the beneficiary of the inestimable support of numerous institutions, sponsors, partners and private persons without whom the event simply would not take place. We would like to take this opportunity to thank all of you!

The Festival La Folia is the beneficiary of the inestimable support of numerous institutions, sponsors, partners and private persons without whom the event simply would not take place. We would like to take this opportunity to thank all of you!